By adminSeptember 6, 2017No Comments

“This is our day. Now let’s make the best of it versus comparing ourselves to others or our expectations.”

Today I am joined by my friend, coach and teammate Chris Hauth for a special edition of Coach’s Corner – a spin on my typical podcast format — to recap our breathtaking, once-in-a-lifetime adventure competing in the Ötillö Swimrun World Championships in Sweden.

A sub-9 hour Ironman, Chris (@AIMPCoach) is a former professional triathlete, two-time Olympic Swimmer and one of the world’s most respected endurance coaches. In 2006, Chris won the Ironman Coeur D’Alene and went on to be the first American amateur & 4th overall American at the Ironman World Championships in Kona, Hawaii. 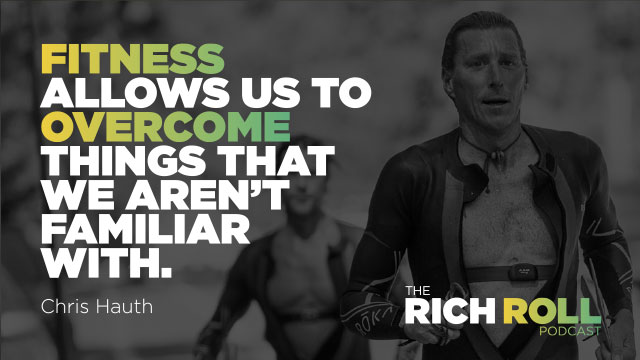 This past Monday, Chris and I joined 300 athletes from 24 countries to race Ötillö as a two-man team, traversing 26 islands spread across the outer-reaches of the Swedish archipelago on foot and by sea. All told, 40 miles of running and 6 miles of swimming.

It was a truly extraordinary experience. Punishing. Humbling. Brutal, beautiful and beyond extreme.

Along the way we met gale force winds. Sideways rain. Bone-chilling Baltic waters. And six-foot swells. We were on our hands and knees, scaling vertical granite slippery as ice. We trudged through bogs in knee-deep mud. Loose rocks left us flat on our backs. We bushwhacked terrain so difficult, so impossibly technical, it all feels now like an impossible dream.

P.S. – For more on the adventure, please read Adam Skolnick’s piece for the New York Times, A Brutal Competition, Island to Island, in Sweden. I am deeply honored  to be featured. But I didn’t get here by myself. It has been a long, challenging road. So thank you from the bottom of my heart to everyone who has supported me and my work over the years. I am truly humbled.

I want to personally thank everyone who responded to my podcast with Scott Harrison and donated to charity: water by joining The Spring. As of the date of this writing, the RRP community has collectively raised enough revenue to build 4 wells annually! Amazing. Inspired by your generosity, my company has decided to sponsor one well per year – so that makes 5 wells for 2017. But why not make it 10? For just $20-$40 in monthly donations (100% of which go directly to clean water projects), you can make an incalculable difference in countless lives by investing in a world where everyone has clean water. There is simply no better feeling than providing a basic, life-altering human right. To learn more and join, please visit The Spring at cwtr.org/richroll.com

DesignCrowd: Custom graphic, logo and web design from over 550,000 designers around the world! Get the perfect custom design, every time! Visit designcrowd.com/RICHROLL or enter promo code RICHROLL at checkout and receive up to $100 off your design project now!

Thrive Market: Your online market for super healthy food at 25-50% off retail shipped right to your home. Visit: thrivemarket.com/richroll and get an EXTRA 25% off on your first box of organic and non-GMO products — PLUS: free shipping!! Never pay full price for healthy food again.