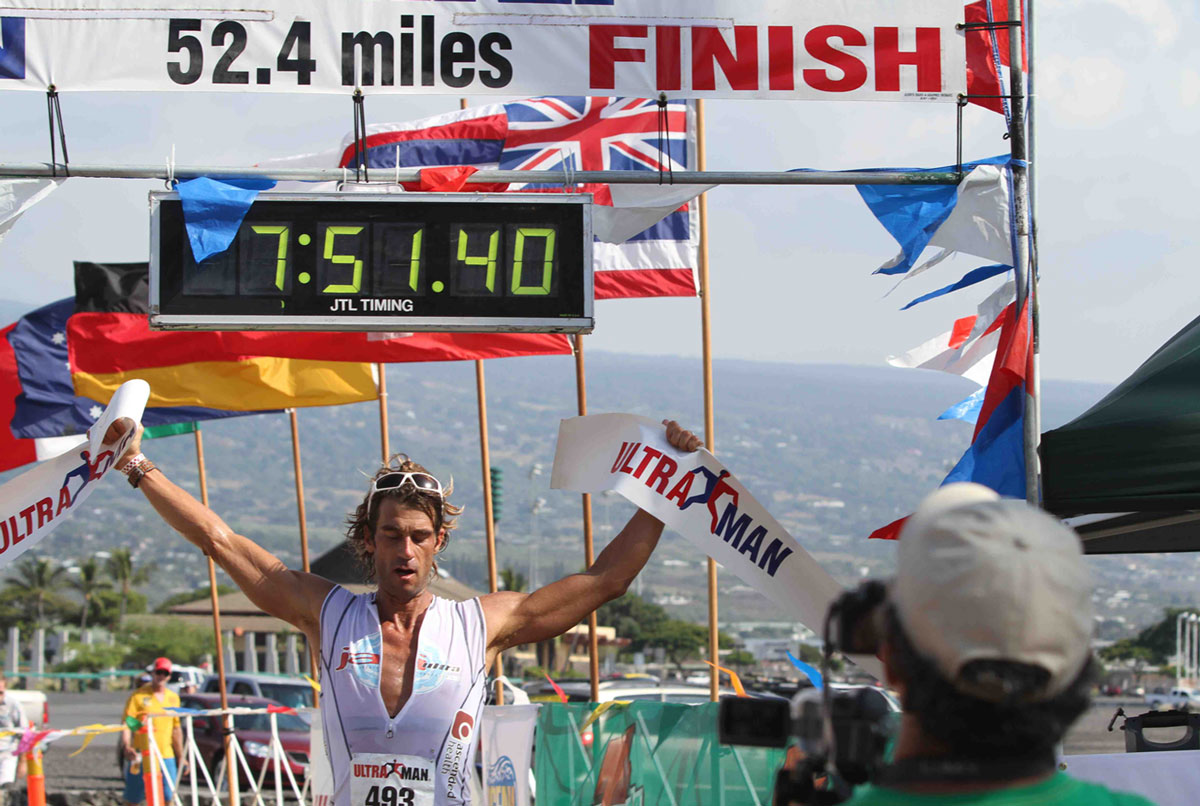 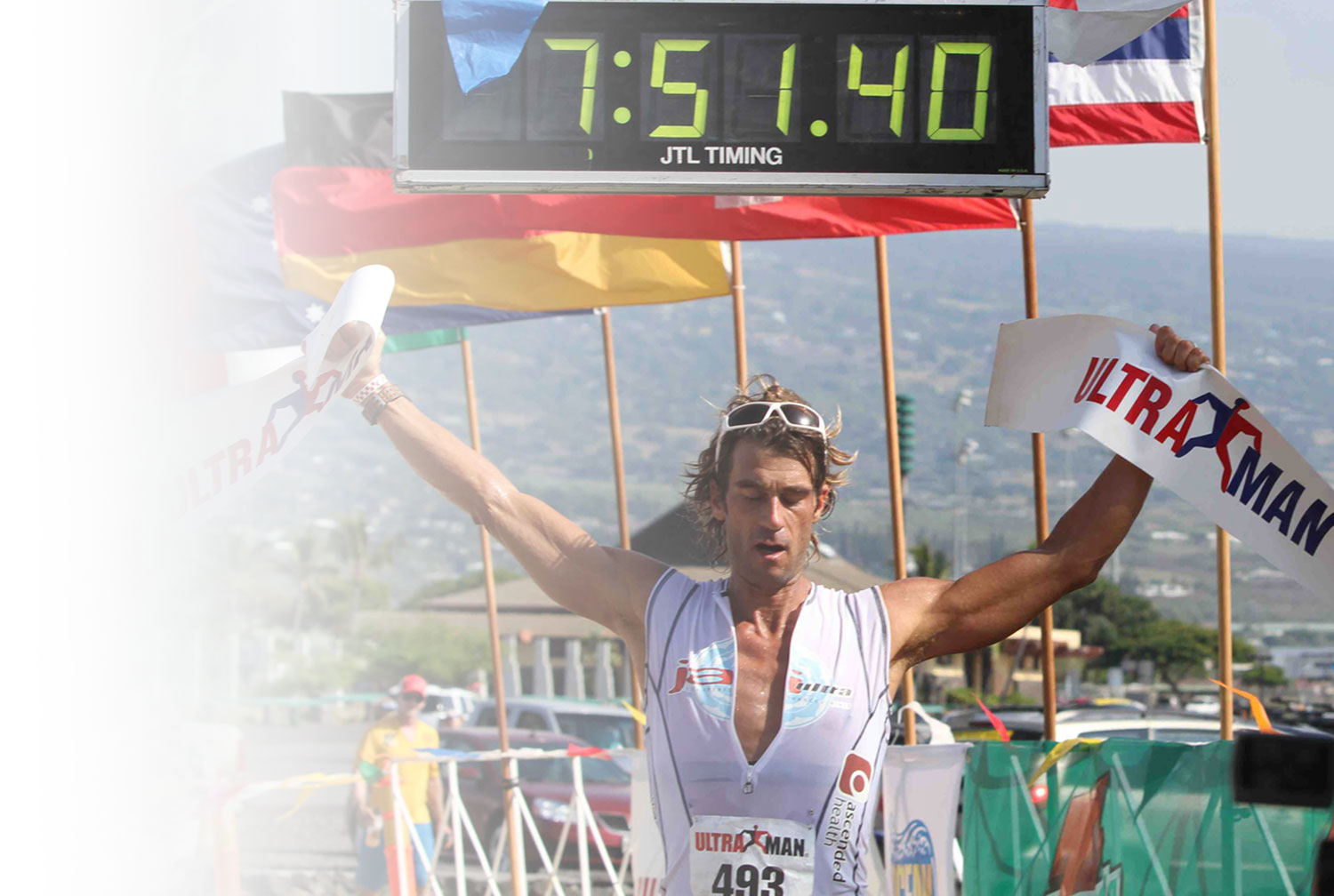 In 2012, Rich became a #1 bestselling author with the publication of his inspirational memoir Finding Ultra: Rejecting Middle Age, Becoming One of the World’s Fittest Men, and Discovering Myself.

Taking up where the book leaves off, in 2013 Rich launched the wildly popular Rich Roll Podcast, which persistently sits atop the iTunes top-10 lists. In 2014, Rich & his wife Julie Piatt published the bestselling cookbook and lifestyle primer, The Plantpower Way: Whole Food Plant-Based Recipes And Guidance For The Whole Family.

In May 2010, Rich and his ultra-colleague Jason Lester accomplished an unprecedented feat of staggering endurance many said was not possible. Something they call the EPIC5 CHALLENGE– an odyssey that entailed completing 5 ironman-distance triathlons on 5 islands of Hawaii in under a week. Commencing on Kauai, they travelled to Oahu, Molokai and Maui before finishing on the Big Island, following the course of the Ironman World Championships on the Kona coast.

In addition, Rich has been a top finisher at the 2008 and 2009 Ultraman World Championships in Hawaii. Considered by many to be one of world’s most daunting and grueling endurance races on the planet, Ultraman is a 3-day / 320 mile double-ironman distance triathlon that circumnavigates the entire Big Island.  Limited to only 35 carefully selected invitation-only participants from all over the world, Day 1 involves a 6.2 mile ocean swim immediately followed by a 90 mile cross-country cycling race.  Day 2 is a 170 mile cycling race.  And the event culminates on Day 3 with a 52 mile double marathon run on the searing hot lava fields of the Kona coast.

But what makes Rich truly remarkable is that less than two years prior to his first Ultraman, he didn’t even own a bike, let alone race one.

It was time for a major life change.

Although he competed as a butterfly swimmer at Stanford University in the late 80’s, Rich’s career was cut short by struggles with drugs and alcohol — an addiction that led him astray for the next decade, alienating friends, colleagues and family, landing him in jails, institutions and ultimately rehab at age 31. Although sober, Rich soon found himself 50 pounds overweight; the furthest thing from fit.  Everything came to head on the eve of his 40th birthday.  Defeated by a mere flight of stairs that left him buckled over in pain, he foresaw the almost certain heart attack looming in his near future.

It was time for a major life change.

The day immediately following his staircase epiphany, Rich overhauled his diet, became a dedicated vegan, put on his running shoes and jumped back into the pool.  It wasn’t long before ambition took hold and his quest to participate in Ultraman slowly began.  Two years later, 50 pounds lighter, and fueled by nothing but plants, he surprised the triathlon & ultra communities by not only becoming the first vegan to complete the 320-mile über-endurance event, but by finishing in the top 10 males (3rd fastest American) with the 2nd fastest swim split — all despite having never previously completed even a half-ironman distance triathlon.

In 2009, Rich returned to Ultraman twice the athlete he was the year prior. Despite a stacked field, he took home first day honors with a blistering 2:21 swim victory (6th fastest of all time) and a third fastest bike leg to win the day with a 10 minute lead on the field. On Day 2 Rich suffered a serious bike crash but managed to salvage the day in 6th place overall. With an injured knee and shoulder Rich nonetheless went on to a 7:51 Day 3 double-marathon to hold onto 6th place overall.

Rich’s plant-fueled feats of boundary-pushing athleticism have been featured on CNN and major publications including The New York Times, Los Angeles Times Sunday Magazine, The Huffington Post, Stanford Magazine, Men’s Health Living, VegNews, Triathlete, Outside, 3/GO Magazine and Men’s Fitness Magazine, which named Rich as one of the “25 Fittest Men in the World.”

Along with his wife and four children, Rich resides in Malibu Canyon outside of Los Angeles.

When he isn’t writing, podcasting or spending time with his family, you can find him lost on the remote trails of the Santa Monica Mountains.

Shop our sponsors to support the podcast. Learn More