“In the midst of an ordinary training day, I try to remind myself that I am preparing for the extraordinary.”

There are people that run.

There are others who run fast.

But few people on Earth run like the remarkable Shalane Flanagan.

Over the course of her distinguished 16-year professional career, Shalane has made 4 consecutive Olympic teams, won an Olympic medal and set a variety of American records across a wide array of distances on both the track and the road.

But what’s truly unique about this assassin in compression socks is the extraordinary extent to which Shalane has distinguished herself across a multitude of distances & disciplines. On dirt, she’s won collegiate national championships in cross-country. On the track, she’s set American records at both the 3000 & 5000 meter distances. And on the road she’s broken American records in both 10K & 15K and achieved two Olympic marathon berths, including her recent 6th place showing in Rio. 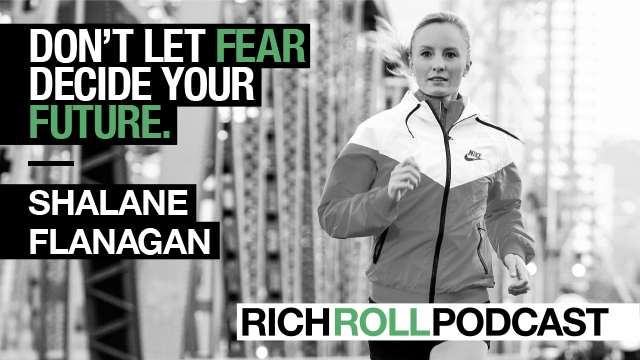 Beyond her extraordinary accomplishments and amidst all her obligations as the world’s greatest running polymorph, Shalane finds herself today embarking on a new chapter — as a foster parent to twin teenage girls along with her husband Steve Edwards (a badass runner in his own right). And yet somehow, she still mustered the time to write a cookbook with her lifelong friend Elyse Kopecky – a former college cross-country teammate who left a career in digital marketing at Nike to become a chef, food writer, nutrition educator, and mom after studying culinary arts in New York and abroad.

The result of Shalane and Elyse’s beautiful collaborative partnership is the newly minted New York Times’ bestselling Run Fast Eat Slow*. Part culinary primer and part lifestyle manifesto, it’s a beautiful whole foods, flavor-forward cookbook packed with nourishing and delicious recipes, nutritional wisdom and inspiring stories from two accomplished women you can’t help but love. Women who believe and prove that you can be healthy and perform at your peak without counting calories, obsessing over protein, or restricting yourself to diets that do more harm than good.

As a quick aside to all my fellow passionate vegan friends (I love you), a disclaimer: Run Fast Eat Slow is not a 100% plant-based cookbook. Notwithstanding, the cookbook does contain plenty of great plant-based dishes as well as heaps of wisdom relative to cultivating a more conscious and deliberate relationship with the food we source, prepare and consume — subjects I think we can all get behind, irrespective of specific dietary preferences.

In this conversation, Shalane and Elyse impart loads of practical, experience-based advice, including: Shalane’s specific training protocols, race day rituals, fueling strategies (her take on supplements might surprise you), recovery routines, mindset tactics and some of the common mistakes most runners make.

But beyond the pragmatic takeaways, this is a conversation about the demands of excelling at the very highest echelon of elite athletics.

It’s about how to maintain enthusiasm, focus and intensity in the face of extremely high stakes and acute adversity.

It’s about finding the joy in the journey.

And its about empowering people to take better control of their nutrition and health.

It was a pleasure speaking to Shalane and Elyse. I sincerely hope you enjoy our exchange.

Thanks to Alan Weiner for permission to use these great images of Shalane and Elyse. Check out his work at: alanweiner.com

Limited spaces are still available for our next retreat — for info visit plantpowerworld.com

Shalane and Elyse’s New York Times bestselling cookbook is available now: Run Fast. Eat Slow*. Find out if your city is next on their book tour at RunFastEatSlow.com.