Every day, over 130 people in the U.S. die from an opioid overdose.

About one quarter of all patients prescribed opioids for chronic pain misuse them — that’s 10.3 million people.

And about 80% of people who use heroin first misused prescription opioids.

A tragic epidemic of untold proportions, opioid addiction has precipitated a massive public health crisis, destroying millions of lives unnecessarily while taxing our economy at the rate of $78.5 billion per year.

How did we get here? In the late 1990’s big pharmaceutical companies starting pushing the powerful pills on healthcare providers as panaceas for pain, with the reassurance that patients would not become addicted. Nonetheless, widespread misuse ensued, leading millions of Americans to suffer profound substance abuse disorders — decimating lives, families and communities along the way.

Today I share one man’s journey into the depths of opioid addiction despair — what happened, what it was like, and how he ultimately found a way out.

His name is Dan Peres — and it’s quite the story.

Hardly a born media insider, Dan was an awkward, magic-obsessed adolescent. But his gift for the written word and shrewd eye for culture catapulted him to premature heights in the fast-paced world of glossy magazine publishing. At 24, he was covering catwalks in Paris as the European editor for W magazine. A few short years later he landed the coveted editor gig at Details magazine, the arbiter of all things cool and zeitgeist — a post he held for 15 years.

Along the way Dan nurtured a secret, seeking refuge in opioids to a salve profound imposter syndrome as he navigated the high-voltage netherworld of fashion designers, celebrities and media moguls.

They were so many things to me, those pills — fuel, an escape, and eventually a necessity — but medication was not one of them.

Like so many, it’s a relationship that began with a back injury and a prescription. A love affair that escalated to 60 pills a day, betrayal soon followed. A best friend that turned dark. And an addiction that took him places he never thought he would go, produced more instances of incomprehensible demoralization than he cares to remember, and eroded the moral fabric of his life.

By a power greater than himself, Dan found a way out. Now 12 years sober, he recollects the vivid details of his experience in As Needed For A Pain — a harrowing and at times humorous coming-of-age tale that offers a rare glimpse into New York media’s past (a time when print magazines mattered), dissects a life teetering on the edge of destruction, and chronicles what it took to pull back from the brink of an addiction that very nearly killed him.

Today Dan shares his powerful tale from depravity to salvation.

Even if the opioid epidemic hasn’t affected you directly, chances are someone in your life suffers. May this conversation open your eyes. Help you better understand the cunning, baffling and powerful nature of this disease. And provide hope to those that currently suffer — because there is a solution.

The visually inclined can watch it all go down on  YouTube. And as always, the audio version streams wild and free on Apple Podcasts and Spotify.

If you need help, seek out an A.A. meeting in your area here. Or call the Substance Abuse And Mental Health Services national helpline at 1-800-662-HELP.

Thanks to my friends Amy Dresner (RRP #341) and Jeff Gordinier (RRP #453) for introducing me to Dan. And thank you to Dan for being so open and vulnerable. This conversation is a doozie. I’m better for having it. May it impact you similarly. 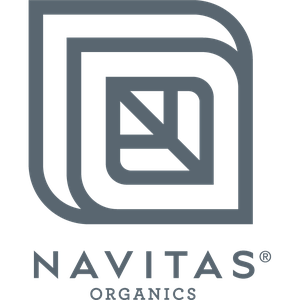 Navitas Organics: The highest-quality and most powerful plants, berries, roots, nuts and seeds the earth has to offer from great people on a great planetary mission. To get 30% off your entire order of organic superfoods, visit navitasorganics.com/richroll and use the promo code RICHROLL.

Grove Collaborative: The online marketplace that makes it easy to go green by delivering all-natural & non-toxic home, beauty, and personal care products right to your doorstep. For a limited time, visit grove.co/richroll and get a free Sustainable Swap Set with your purchase with free shipping & a FREE 60-day VIP Trial.

On Running: Born in the Swiss Alps, On Running is the world’s fastest growing running brand & my go to for running gear that fits, performs and looks great. Visit on-running.com/richroll, pick your favorite shoe or apparel piece, and run in it for 30 days after which you can keep ‘em or return ‘em for a full refund.

Pick up Dan’s book, As Needed For Pain: A Memoir of Addiction*