“We all have reservoirs of untapped potential. The biggest thing standing in our way? Our minds.”

Life has taught me one essential truth: the human spirit is boundless.

Just when you think we’ve reached the absolute pinnacle of what’s physically possible, someone performs a feat so utterly mind-bending you’re left breathless. The skies of perception part. Blanketed in awe, we’re compelled to re-evaluate our own personal capabilities. And humanity is left just a little bit better than it was before.

This is the sensation I experience when I spend time with Colin O’Brady — a former Yale swimmer turned professional triathlete turned elite adventure athlete with 4 breathtaking world records to his name.

Colin’s latest jaw-dropping feat of athletic prowess, stunning endurance and sheer human will was becoming the first person in history to cross the continent of Antarctica solo, unsupported and unaided. Under nothing but his own power, Colin pulled a 300lb sled 932 miles in just 54 days across the coldest, windiest, most remote continent on earth from the Atlantic to the Pacific via the South Pole. 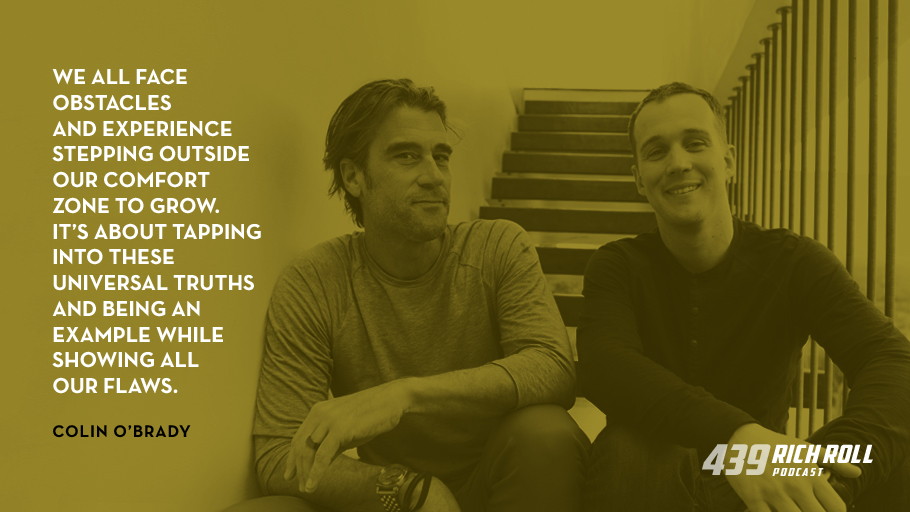 Colin first appeared on the podcast in December of 2015 (RRP 207) — a deep dive into his unique upbringing on a commune; how he survived an almost lethal burn accident that left him unlikely to walk again; his phoenix like transformation into a professional ITU triathlete and Olympic hopeful; and how he morphed into a mountaineer with the audacity to attempt incomprehensible feats of adventure athleticism.

After conquering the Explorer’s Grand Slam, a challenge that encompassed scaling the highest mountain on each of the seven continents and treks to both the North and South Poles, Colin returned to the podcast in June of 2016 (RRP 235). Among the 44 who have completed the EGS, only 2 have done it under a year. Not only was Colin the youngest person to successfully complete this most prestigious undertaking, he crushed the world record by a stunning 53-day margin, completing it in a mere 139 days. Along the way, he simultaneously broke the 7 Summits world record by two days.

Today he returns to share his most remarkable achievement to date, a freeze solo adventure he dubbed the Impossible First. It’s a jaw-dropping story you might have seen unfold in real time on Colin’s Instagram (@colinobrady) or in the stellar 360-degree New York Times coverage penned by my friend (and former podcast guest) Adam Skolnick.

Uncovering the why behind the expedition, we explore how he dealt with the gear, solitude, -80F temps, and 30 mph headwinds. He explains why to sweat is to die. We discuss his battle against the elements and British Army Captain Louis Rudd — the legendary explorer who also set off the same day with the same goal in his heart. We talk about Colin’s final day 77-mile, 32-hour superhuman push to the finish. And Colin explains how a phone call with a certain musician changed his entire perception on who he is.

But mostly this is about a man who uses endurance and adventure as art that speaks to the heart and soul of the human experience.

The visually inclined can watch our entire conversation on YouTube at bit.ly/colinobrady439 (please subscribe!) and as always the podcast is available on Apple Podcasts and Spotify.

I sincerely hope you enjoy this extraordinary tale of an extraordinary human — an inspiration to millions and someone I’m proud to call friend.