“Ultimately, the truth comes from within. It’s not something we find from the outside and bring into our lives. It’s something that was always there that we just discover.”

A beloved, 2-time RRP alumni, David Clark was one of the most courageous, resilient and authentic human beings I’ve ever met. A force for positive change. A model of service. The epitome of transformation, embodied. A loyal friend to many. And a man blessed with a preternatural gift for igniting the best in everyone he touched.

Succumbing after complications incident to a herniated disc surgery, a chapter ends far too soon. But the story behind this accomplished ultra-endurance athlete, bestselling author, and father of three is a legend that will continue to be told — and will never be forgotten.

Dave’s steel was forged from hardship — periodic homelessness and a poverty both financial and educational. Adulthood found him descending into the firm grip of alcoholism. He ate recklessly. He drank and drugged himself into oblivion. And continued his downward spiral until he was utterly lost. Completely alone. And hopeless.

Tipping the scales at 320 pounds, Dave finally met his breaking point. Summing a will of superhuman proportions, he ushered the courage to finally face his demons. Hence began a process of implausible personal transformation. It’s a staggering journey that would ultimately lead to breathtaking feats that defy possibility. And a laudable call to service that rivals anyone I’ve ever met.

Dave didn’t just drop 150 pounds on a plant-based diet. Nor did he celebrate with a simple marathon. Instead, Dave would go on to on to crush a relentless list of the world’s most challenging ultra-marathons, from Badwater to Leadville. He ran the Boston Marathon course four times without stopping. And he even ran across the entire United States.

With uncompromising vulnerability, Dave recounts his inconceivable arc in his first book, Out There. In Broken Open, he faces the dark side of taking athleticism too far. Released just two weeks ago, Eat Sh*t And Die boldly tackles food addiction head on.

I can’t bring Dave back. Nor can I begin to measure his positive impact on myself and countless others. What I can do is honor his life and legacy. So today, RRP alums Mishka Shubaly and Josh LaJaunie — both close friends of Dave — join me to eulogize him, followed by a re-release of my first conversation with Dave, recorded in November, 2014 (RRP #113).

Please Donate: To help alleviate the financial burden on Dave’s family, Mishka, Josh and I created a GoFundMe (actually Mishka did all the work). Anything you can contribute would be greatly appreciated. To learn more and donate, click here.

#WeAreDavidClark: Mishka, Josh and I invite you to celebrate Dave with a virtual community run on May 30. The idea is to run a variation on Dave’s birthday (which is 2/5). Run .25 miles. Run 2.5 miles. Or run 25 miles. Run what feels right for you. The point is to run and remember. Then share it on social with the hashtag #WeAreDavidClark.

More Dave Clark: If Dave’s message resonates with you, check out RRP #290, my 2nd podcast with him published almost exactly three years ago. It’s a banger.

Dave was a sober warrior unlike any other. He wrung every last drop out of life. He was deeply loved and will be terribly missed.

Let his story be a beacon. A reminder that when the body, mind and spirit align with faith, human potential is truly boundless.

Or, to put it in Dave’s words, we are all Superman.

To support Dave’s family, please consider a donation at GoFundMe: In Memory of David Clark 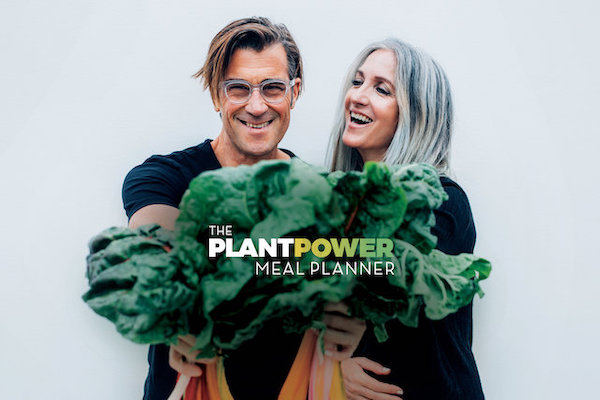 How Not To Diet With Michael Greger, MD