One of the world’s most compelling public figures, today Matthew McConaughey graces the show to share his incredible life story — a journey laced with timeless wisdom & lessons on authenticity, character, integrity, and what it means to be true to one’s self.

Do I really need to introduce this guy?

Dazed And Confused. Dallas Buyers Club. Wolf of Wall Street. Interstellar. True Detective. You’ve seen them. You love ’em. And you love him.

But over yonder — far afield of the epic screen characters — resides a mystic cowboy poet. A family man and father prone to ponderings profound. A seeker ever questing for adventure off the beaten path. A Texan on a four-dimensional vision quest, pursuing life in accordance with a homespun code. His is an experience-earned philosophy. Truths both personal and universal that he shares in his utterly unique way.

A way that can only be described as 100% McConaughey.

Beyond the make believe, tactile Matthew is an active philanthropist through his Just Keep Livin’ Foundation. He’s a professor at the University of Texas in his hometown of Austin, where he also serves up ‘Minister of Culture’ duties for the UT Athletic Department and the Austin FC Soccer Club, of which he is part owner.

I couldn’t put it down. And that doesn’t happen often.

The arrow doesn’t seek the target, the target draws the arrow.

Don’t let the hang-dog laconicism fool you. Matthew is a man with a world-class work ethic. Razor sharp focus. Bull-like tenacity. And full commitment to everything he does.

A master of perseverance and resilience, Matthew is also one of the most spiritually attuned beings I have ever met.

This conversation is an exploration of many things. It’s about discernment. Making critical choices. Crafting your future with intention. And the importance of character.

It’s about widening our aperture on life. How to effectively and consistently grow, learn and transform. And it’s about how to hone intuition to connect (to coin Matthew’s phrase) “the autobahn between your mind and heart.”

But overall, this conversation is about my favorite subject — the hard-wrought journey to authenticity and self-actualization.

I know Matthew is making the legacy media and podcast rounds. But I think (and hope) we took this to a few places others haven’t. Either way, this one is super fun — and chock-a-bloc with timeless life wisdom. It was an honor. I sincerely hope you dig it.

The #1 app for meditation and sleep with 100+ guided meditations covering anxiety, focus, stress, sleep, relationships and more. Plus 7-day and 21-day programs for both beginner and advanced users. Right now, my listeners can get a special limited-time promotion of 40% off a Calm Premium subscription at calm.com/richroll. It includes unlimited access to ALL of Calm’s amazing content. Get started today! 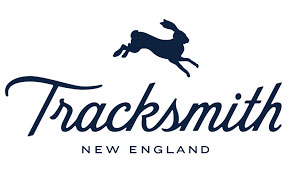 An independent running apparel brand that celebrates the competitive spirit and athletes dedicated to the pursuit of personal excellence with premium running equipment designed and crafted for racing and training in all conditions. To learn more visit Tracksmith.com/RichRoll and enter code Richroll at checkout to get $15 off your first purchase of $75 or more.

Great people. Great products. Great planetary mission. A win for all. Only the highest-quality and most powerful plants, berries, roots, nuts and seeds the earth has to offer. Visit navitasorganics.com/richroll and you can get for 30% off your entire order of organic superfoods when you use the promo code RICHROLL