Apolo Ohno on The Weight of Gold

APOLO OHNO ON THE WEIGHT OF GOLD

I’ve had the pleasure of conversing with many an Olympian over the years, each with a uniquely impressive journey from obscurity to heights most can’t fathom.

But what happens after the medal ceremony wraps, the klieg lights shutter, and the career comes to a close? When your entire life is centered on a moment now passed, how do you then shift overnight from podium to pedestrian?

One would presume the skills learned as an athlete — mindset, focus, discipline, and teamwork — would seamlessly translate to success in the civilian world. In truth this transition is fraught; and has felled many of the greatest competitors among us.

We love to celebrate our Olympic heroes. We relish in the dissection of their habits, wrapt in what makes them tick; what makes them great; and what distinguishes the very best from everyone else — all in service to that sliver of inspiration and applicability to our own lives.

But this particular story, the story of civilian assimilation, is less told and far less understood. However, it’s also a story perhaps more instructive — and equally compelling — as the deconstruction of greatness.

From private mental health struggles to debt, loss of identity and a lack of opportunities in retirement, the systems sending our athletes to the Olympics aren’t supporting them well in the long haul. And it’s gotta change.

To help untangle this dark thread that connects those who have stood in the spotlight, I sat down with America’s most decorated Winter Olympian.

”Every thought that enters our mind has a direct impact on how we feel, what we say, and ultimately the decisions we make.

An eight-time Olympic medalist in short track speed skating, Apolo is a twelve-time U.S. champion, a three-time overall World Cup champion and in 2008 he was Overall World Championship gold medalist. In 2019, he was inducted into the U.S. Olympic Hall of Fame in 2019.

Today, Apolo is a New York Times bestselling author, serial entrepreneur, and acclaimed Olympic Games commentator. He also won Dancing With The Stars in 2007 and rocked the Ironman World Championships in 2014.

Despite his post-skating career successes, Apolo knows well the mental perils of elite athleticism. Raised by a single dad, he took his dream all the way to the very top. When it was over he didn’t just face what might come next. For the first time, he had to discover who he was off the rink — and reimagine his life wholesale.

This is a conversation about what it’s like to have a passion with a shelf life. The mental health repercussions of Olympic pursuit. And the pitfalls of prodigious success at a young age.

Every thought that enters our mind has a direct impact on how we feel, what we say, and ultimately the decisions we make.

More broadly, it’s a dialog about why we sabotage ourselves, and how to break this bad habit.

And it’s about deconstructing those preconditioned beliefs we all have about who we are and what we are capable of achieving.

Today, one of history’s all-time great Olympians provides a master class in mindset and intention: how to use it to our advantage, and what it takes to break the mold of what is possible.

My hope is that this conversation will help you form a more holistic idea of who you are and what you seek to offer the world. I hope it encourages you to see the strength in vulnerability and the power in asking for help.

May you receive Apolo with an open heart.

Calm: The #1 app for meditation and sleep with 100+ guided meditations covering anxiety, focus, stress, sleep, relationships and more. Plus 7-day and 21-day programs for both beginner and advanced users. Right now, my listeners can get a special limited-time promotion of 40% off a Calm Premium subscription at calm.com/richroll. It includes unlimited access to ALL of Calm’s amazing content. Get started today!

Native: Safe, effective protection against odor & wetness. For both men & women, Native is deodorant that isn’t a chemistry experiment–no aluminum, parabens, phthalates or talc. All ingredients are non-toxic and it lasts all day. For 20% off your first purchase, visit NativeDeo.com/roll and use promo code roll during checkout! 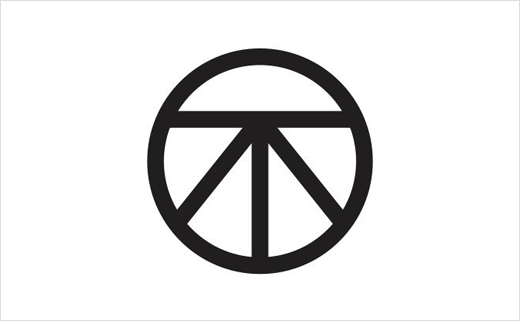 Theragun: With an OLED screen, personalized Theragun app, and the quiet and power you need, there is no substitute for the Theragun Gen 4, starting at only $199. Experience the percussive therapy device that’s unlike anything you’ve ever felt, risk-free for 30 days or your money back, at Theragun.com/RICHROLL

Thanks to Jason Camiolo for production, audio engineering and show notes; Margo Lubin and Blake Curtis for video, editing and graphics; and theme music by Ana Leimma.