“The Iceman” Wim Hof On Why Breath is Life, Cold is God & Feeling is Understanding

“THE ICEMAN” WIM HOF ON WHY BREATH IS LIFE, COLD IS GOD & FEELING IS UNDERSTANDING

Today’s guest will challenge everything you thought you knew about human potential and leave you with one indelible, ineradicable truth:

We are all sitting atop vast reservoirs of untapped, almost superhuman capabilities.

Meet Wim Hof, aka The Iceman.

A Dutch-born world record holder, adventurer, daredevil and human guinea pig, The Iceman is best known for his preternatural ability to withstand extreme cold. Perhaps more significant and compelling is his experimentation and experience with specific and teachable breathing techniques. Rooted in the ancient yogic tradition of pranayama and canonized for a modern audience as The Wim Hof Method, Wim asserts that he can “turn his own thermostat up” and consciously activate his sympathetic nervous system by using his mind through yoga.

This may sound far-fetched. But get a grip on some of the crazy things this holder of more than 20 world records has accomplished:

Under doctor supervision, In 2011 Wim voluntarily allowed himself to be injected with a poisonous E. coli endotoxin certain to make any human being very ill. The idea was to demonstrate that by using his meditation and breathing techniques he could effectively control his autonomic immune system response and nullify any deleterious health implications.

”We are all sitting atop vast reservoirs of untapped, almost superhuman capabilities.

Wim Hof, aka The Iceman

Wim did not get sick.

Beyond his countless feats of incredulity, he’s a long-time vegetarian who — for the last 30+ years — has refrained from eating any food before 6pm.

All of this is seemingly insane. But Wim is hardly a carnival sideshow act — the physical stunts merely a means of attracting scientific community attention for purposes of study and documentation.

Ask Wim and he will tell you that he is nothing special. He declares his feats replicable and his methods teachable — a curriculum that holds the potential to unlock a battery of human superpowers that extend well beyond extreme temperature tolerance to include control over a wide array of sympathetic nervous system and metabolic ‘reptilian brain’functions previously thought to be beyond conscious manipulation.

Case in point? After a mere 4 days of instruction, Wim led a group of brave, volunteering students through his endotoxin exposure experiment (again, under doctor supervision and scientific observation). Not one of them got sick. And he now routinely takes groups of students – most of which you would characterize as non-athletes — up Kilamanjaro. In nothing but shorts of course. 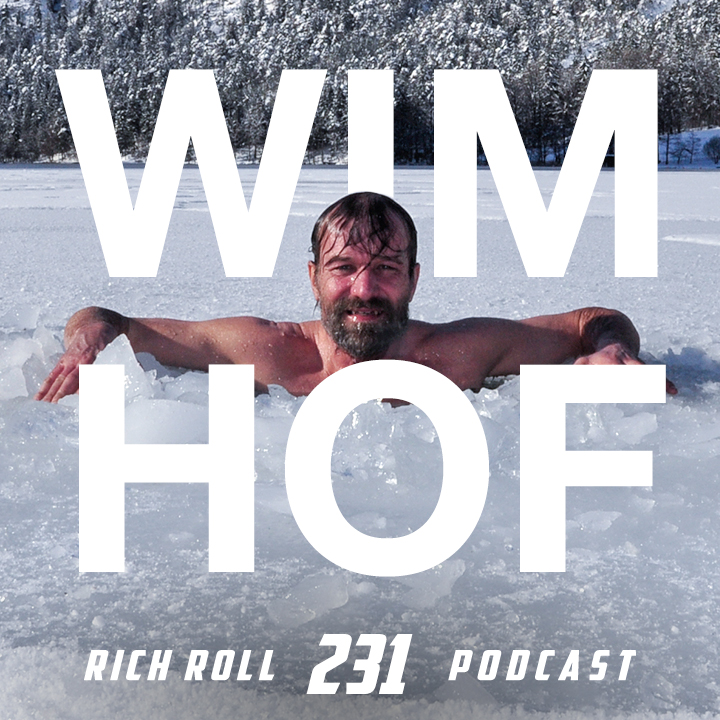 An absolutely fascinating guy with charm and charisma for miles, my conversation with Wim is less about human biology than it is about belief systems. It’s an exploration of dormant biological and mental potential. It’s about yoga, grief, depression, change and the nature of consciousness. And it’s about the ever expanding event horizon of human potential that should push and challenge and nudge you out of your comfort zone to call into question the unnecessary limits we self-impose upon ourselves daily.

I do not fear death, I fear not to live fully.

Finally, a warning from Wim: Never practice breathing exercises before/during any activities where a loss of consciousness may prove life threatening. The breathing methods discussed may have a profound effect and should be practiced exactly as explained and always in a safe environment. Wim strongly advises you to gradually build up your exposure to the cold. Always train without force and listen to your body carefully. If not practiced responsibly, you risk hypothermia or worse. And finally, always consult your doctor first before beginning any exercise program.

With that out of the way, take a deep breath and prepare for the one of the most compelling and unique conversations I’ve ever had.

Thanks to Jason Camiolo for production, interstitial music and audio engineering; Chris Swan for production assistance & show notes; Shawn Patterson for graphics; and Hari Mathis for the new theme music!