“Curiosity is one of the greatest drivers of change.”

Two British ex-pats walk into a room. One, a writer and filmmaker. The other, a global adventurer and environmentalist. Upon cursory glance, it’s an odd pairing — two exceedingly talented and accomplished yet very different people with little in common beyond their homeland of origin.

But peer just beneath the surface and you’ll quickly discover certain common passions unite them. A zeal for chasing dreams. An appreciation for cultivating imagination. And a deep understanding that a story well told holds the potential energy to change the world.

My very good friend for over 16 years, Sacha Gervasi is the hyper-charismatic screenwriter behind the Steven Spielberg-Tom Hanks vehicle The Terminal and the director of 2012’s Academy Award nominated Hitchcock, starring Anthony Hopkins, Helen Mirren and Scarlett Johannson.

But Sacha is perhaps best known for Anvil! The Story of Anvil — his critically acclaimed rockumentary about an also-ran Canadian heavy metal band. A true-to-life Spinal Tap the London Times dubbed possibly the greatest film ever made about rock and roll, it took independent cinema by storm at the Sundance Film Festival in 2008 and would go on to win both an Emmy and Independent Spirit Award. But behind the film’s can you believe this is actually real? narrative and comedically endearing head-banger protagonists is a powerful, indelible dissection of what it truly means to never give up on your dream. 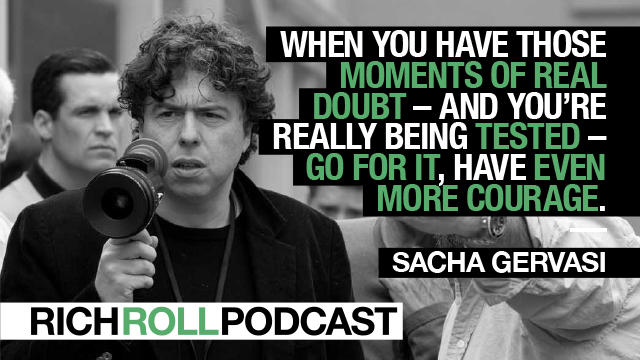 In between writing books and graphic novels, David has traipsed the Arctic from Russia to Canada, is one of only 14 people to have traversed the continent of Antarctica and was part of the team that broke the world record for the fastest-ever crossing of the Greenland ice cap.

Named an Emerging Explorer by National Geographic, a Climate Hero by the United Nations and Man of the Year by GQ Magazine, David is perhaps best known for sailing from San Francisco to Sydney in a 60-foot catamaran forged from 125,000 intact, reclaimed plastic bottles. Dubbed Plastiki — an homage to Kon-Tiki, legendary explorer Thor Heyerdal’s epic 4,300-mile crossing of the Pacific on a balsawood raft in 1947 — the hair-raising odyssey was a successful effort to captivate awareness around the 73.9 million pounds of plastic currently floating in our oceans. 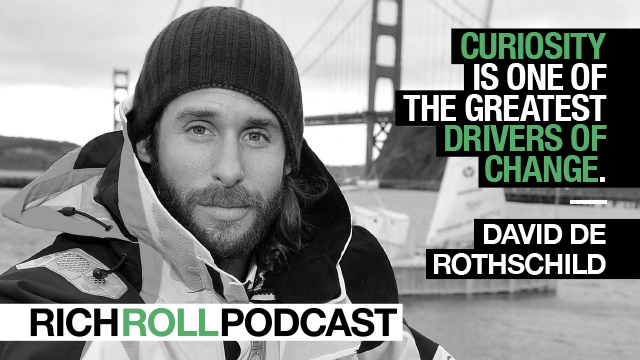 The three of us convened in David’s spectacular, airy Venice live-work loft for a proper chat and spot of tea. Between witty barbs, this conversation pivots on a central theme: the power of storytelling to lift the human spirit, speak truth to power, incite positive change and elicit indelible, eternal verities  about who we are. And how, together, we can leverage imagination to cultivate a better relationship with nature and a brighter future for ourselves, our children and the planet at large.

I barely scratch the surface on what makes each of these remarkable humans tick. So I promise to soon bring both David and Sacha back individually for a more in-depth probing. That said, I adore both of these men and I love this conversation. I hope you do too.

The Plastiki vessel showcased how waste can be used as a valuable resource. To check out David’s journey from San Francisco to Sydney visit theplastiki.com