How To Get Good At Gratitude — Plus: What It’s Like To Be Profiled In The New York Times

“Our whole idea was to present [the vegan] lifestyle in an aspirational and modern way. We want to present it in a way that looks appealing, as opposed to deprivation-oriented.”

A while back I fired off this missive:

If you are breaking paradigms & challenging the status quo, you can’t be pissed when the mainstream fails to embrace you.

Admittedly, the tweet was inspired by a little low grade frustration at utterly failing to generate any mainstream national press interest whatsoever in our book The Plantpower Way, which had recently come out. A self-reminder that you can’t push buttons and expect a pat on the back.

Fast forward three months to today’s publication of Vegans Go Glam in The New York Times (The New York Times!) — a very large profile on our family and the growing vegan scene in Los Angeles and New York deftly penned by Jeff Gordinier. It’s a big article (like, really big) in perhaps the most respected mainstream publication on the planet (do I even need to say that?). It’s also an article that has kicked up some dust, generating lively discussion around the global water cooler. So much discussion in fact, Vegans Go Glam is the #1 most e-mailed story on the entire New York Times website today. 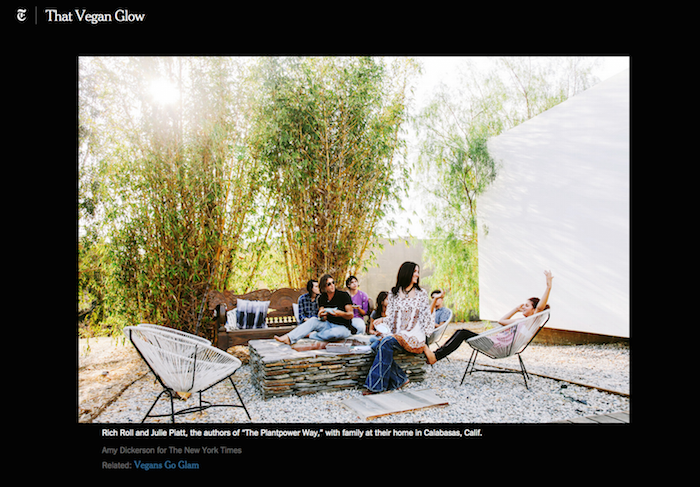 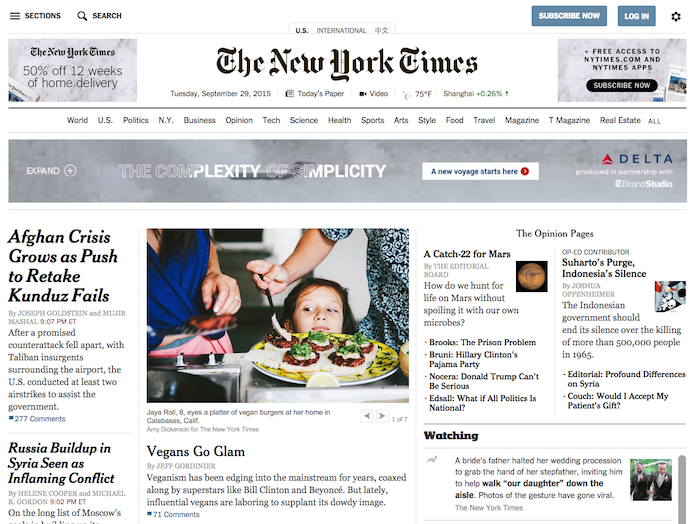 C’mon! Now, that is just insane.

So what does it all mean? That’s for you to decide, not me. But today Julie and I do our best to talk it all through — including practices for cultivating gratitude — on this latest installment of Ask Me Anything. A conversation that explores:

The show concludes with Held So Sweetly, written and performed by Julie — aka  SriMati – accompanied by our sons Tyler & Trapper Piatt.

Special thanks to “Jo” for today’s question, as well as everyone who submitted inquiries — keep ‘em coming!

Thanks to today’s sponsors:

Bonobos.com: For a limited time, all new customers can get 20% off their first order when you go to Bonobos.com/richroll to discover the difference that an expertly-crafted, better-fitting wardrobe can make.

The National Academy of Sports Medicine: Get paid to stay in shape while helping others reach their fitness goals. Go to  MyUSATrainer.com  for a free 14-day trial of their fast & fun online program.

The Plantpower Way  is now available at these fine retailers!

Donate: Check out the DONATE button on the podcast homepage or click HERE to learn more.

Download Our Free App! Now you can access, stream, download and share the entire RRP catalog in the palm of your hand on any iOS mobile device (iPhone, iPad and iPod Touch) with our new mobile app. Never miss an episode, plus special announcements, discounts, giveaways. Already downloaded? Awesome. When you have a minute, and it feels right to you, do us a solid and give the app a review in the iTunes Store.